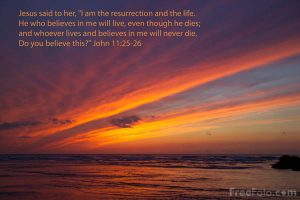 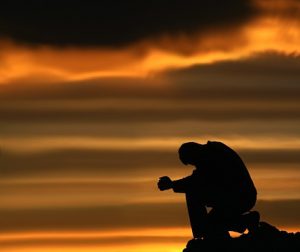 Many books have been written on prayer using different patterns and examples provided to us in the Bible. One of these patterns is found in Ephesians 1:15-23. I thought it would be encouraging to provide a few thoughts on this passage today.

Have you ever thought about why you pray for others? It sounds obvious, but maybe it’s not…think about it. Maybe you pray for others because they are in need or because they are hurting. Maybe you pray for others because they are taking on an ambitious task and need the Lord’s provision. This passage begins with the phrase “For this reason”, which tells us that there are at least two reasons why Paul is praying at this point. First, as I mentioned in my last post, we have every spiritual blessing. God’s blessings prompt us to pray. Second, those Paul is praying for are full of faith in God and love for others. We ought to be giving thanks for those around us that are following Christ in a genuine manner…by loving God and loving others.

For what kinds of things do you pray? Paul here prays for a couple of things. First, he prays that God would grant believers true wisdom and revelation. Second, he prays that God would grant them knowledge. Knowledge of what? Three things: the hope of his calling, the riches of God’s inheritance, and the great power of God. Then, Paul transitions into a profession of praise by describing this great power that is working toward those who believe. He describes it by calling out four evidences of God’s power. First, Christ has risen from the dead. Second, God seated Him at the right hand of God. Third, God put all things under Christ’s feet. Finally, God appointed him as the head of all things.

My encouragement is this…when you pray today, pray like Paul. Try these few things:

I will be praying this way today…I encourage you to join me! 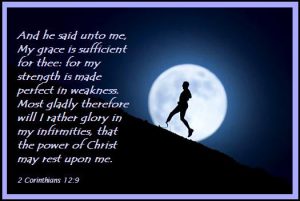 First of all, in verse 4, He chose us. Who did he choose? He chose “us in Him”…he chose believers in Christ. If you believe in Christ, you are chosen. When did he choose you? He chose you “before the foundation of the world”. Ponder this…before the world was even made, God knew you; he chose you; he identified you as special. And for what purpose does God choose us? He chooses us for the purpose of making us “holy and blameless before him”. You are spiritually blessed with holiness and perfection in the eyes of the Father through Christ.

Verse 5 goes on to add that we who were predestined (another way to say that we were chosen before the foundation of the world) were adopted as sons. Not everyone is a child of God, contrary to popular belief, but you are if you believe in Christ. We have been grafted into the family; God is our Father; Jesus is our brother and friend.

Grace is mentioned as a blessing in verse 6. Grace is God’s blessing to those who do not deserve it. “Every spiritual blessing” is only possible because of God’s grace; however, verse 7 identifies two more important pillars of these blessings: redemption and forgiveness. We have been redeemed from the lost, and we have been forgiven of all sin…past, present and future.

But Paul does not stop here…he goes on in verse 9 to talk about the blessing of knowing the mystery of God’s will, that is, the gospel itself. The gospel had been a mystery up until the time of Christ, and now God has shared that mystery with us as a spiritual blessing.

Did you know that as part of God’s family we have an inheritance? This is the blessing of verse 11…an inheritance due when Jesus returns and all of God’s promises are fulfilled. But can we depend on this inheritance? How do we know God will deliver such an inheritance? We know because He has provided an earnest…a down payment…a pledge in the Holy Spirit. Verses 13 and 14 reveal how the Spirit in our life is only a taste of how we will live with God in eternity. If this is a taste, I can’t wait for the fullness of this relationship!

The month of June has been the busiest month of my life, and it has reminded me of a few things about work/life balance that I’d like to share briefly. I’d love to hear your ideas of how to balance work, ministry, family, school, etc as well!

Do you work hard? How do you know? I mean, when I ask that question, do you automatically associate it with your vocation or possibly with school if you are a full-time student? What about other aspects of life? Can you have a good work ethic and only put 40 hours a week into your vocation? Are you any less of a “hard worker” if you work 40 hours as opposed to 80? The answer is, IMO, the same as 90% of all questions…”it depends”.

What I continue to believe more and more strongly is that compartmentalism in life is a bad thing. Treating work, family, ministry, school, etc as entirely different things with different rules and equal demands can put significant, even unreasonable, pressure on a person. Taking each individually, one feels they need to perform at each one almost as if nothing else was going on just to meet expectations of a solid work ethic. Many must work 80hrs a week, spend “quantity” time with the family, and/or study virtually every hour they are not in class to avoid feeling like they are slacking in some area.

Living a balanced life will likely not win you any awards in any single area, but it is the only sane way to run this race.

The secret, IMO, to a balanced work/life is three parts. These have helped me deal with shifting priorities, expectations, and time requirements without feeling like I am slacking in some area.

Second, understand that people in each “compartment” will expect you to live as though no other “compartments” exist. Bosses think people who work 80hrs a week are hard workers; teachers look at your study habits to see if you are a hard worker; your family may judge your work ethic based on how much time you spend at home with the wife/kids. Ignore these expectations, become comfortable with your own “life-level” expectations, and accept any natural consequences that may come in any of the individual compartments as a result of trying to live a balanced life.

Third, be careful not to fall into the trap of comparing yourself to others. Some may work 80hrs a week when you work 40hrs, but that does not mean they have a stronger work ethic. Work may be all they have, where you have three other compartments you are trying to manage. Keep your expectations at the life level and remain content.

Living a balanced life will likely not win you any awards in any single area, but it is the only sane way to run this race. Maybe I’m the only one, but I’d rather finish strong and not win any stages than win a stage or two along the way but fail to finish the race.